September, 2018After a frustrating round of non-customer service from Omega, I searched the internet and came upon WatchRepair.net. My Omega Seamaster was running fast and needed a overhaul. Jeff Herman assured me that the watch would look "good as new." I've worn this watch everyday for six years, so I was a bit doubtful. Due to the attractive price, I also opted to replace the crystal. When Jeff returned the watch, I learned that he wasn't just a big talking salesman; the watch actually looked brand new! I checked the microprinted serial number to be sure it hadn't been switched. Upon closer inspection, I also found that a couple of deep gouges (I'm hard on watches) on the back of the band were still discernable (barely). As excited as I was about the watch's appearance, I waited more than a week to ensure the watch kept proper time before writing a testimonial. When the watch first arrived I synced it to the official U.S. Time clock. When I sent the watch in, it was gaining a couple of minutes a day. Over the last 12 days, my overhauled watch has gained four seconds total. Outstanding. Bravo Jeff!
Secret Service Agent, San Francisco, CA
September, 2018Jeff:As I mentioned in our discussions I purchased the TAG Watch over 10 years ago. Since that time the watch has been with me to the national training center in California, Bosnia, Kosovo, Albania, and Iraq and other places you only read about in the papers. In Feb. after working in the yard I put the watch in a shirt pocket and forgot it was there. A few days later I asked the wife if she had seen it and said she accidently put the shirt (along with the watch) in the washer. After the watch went all the way thru the spin cycle (I might add),we located it and noticed the band was broken, the watch hands were no longer correct and the bezel was out of sequence, or in other language (FUBAR)Fouled Up Beyond All Recognition. Since I had taken the watch on several occasions to have cleaned, batteries replaced etc... I new this incident was going to be expensive to repair if at all. Since the watch held some sentimental value I did some research on the web and came across Jeff s web site, purely by accident, destiny or divine intervention.Not ever having done business such as this over the internet before I was skeptical to the business validity and integrity. However, the watch was already broken so took a leap of faith. Jeff was the consummate professional was always pleasant and easy to get a hold of to either get an update or just keeping me informed as to when to expect the watches return.(As the watch was severely damaged I thought it would take some time).When the watch was returned It was not to Jeff s exacting standards and at his request requested additional time to improve on what he saw was shoddy workmanship on one of the parts (which I would not have seen as it was inside the workings itself)by one of his parts vendors. I am not accustomed to writing testimonials, but felt in this instance because of his service, commitment and business integrity needed to be recognized.I can be contacted at the following address and should anyone wish to discuss with me before you submit your TAG. Regards,
David Lackey, Stryker BCT, Rock Island
September, 2018Dear Jeff, I just opened the package that came from you, and I must say that I think you guys made a terrible mistake. As an honest person, I do not want to take advantage of you. I sent you my President about 3 weeks ago to be repaired. I think that you may have switched my watch for a brand new one. My watch is about 30 years old, and this one looks like it just was made!!!!! Needless to say, I am delighted. Next week, I will send you my father-in-laws watch. Please send him back a brand new one as well. All the best,
Eric Brown, Valley Stream, NY

Make sure to have your precision
time piece professionally serviced. 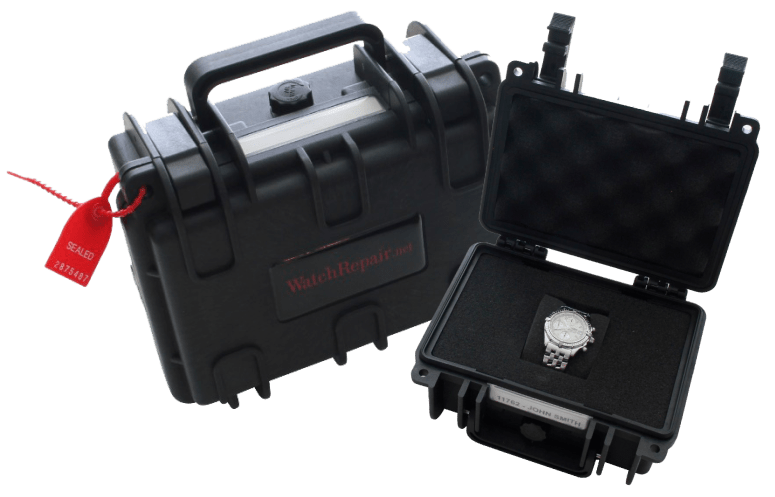