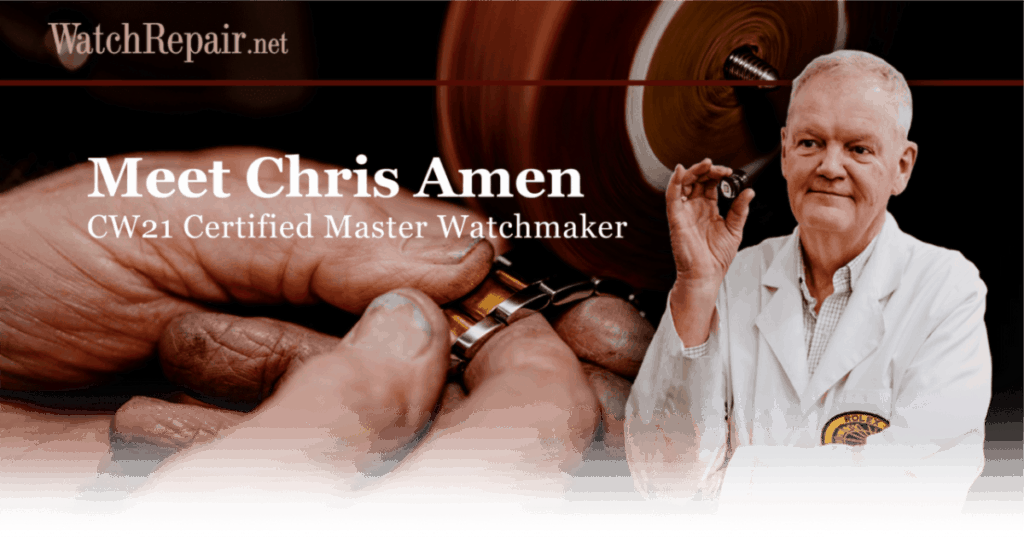 For the first time ever, for many of us, we are experiencing what it means to pause with the world to reflect on the significance of time. Dates on a calendar —whether 14 days, 4 weeks or 5 months — carry the weight of fiscal, physical and emotional health. The days of “losing track of time” or “letting time slip by” feel like a luxury, as we huddle, watch and wait for time to heal us.
Still, there are those for whom time’s intangible power is their life’s work. They are the professional craftsmen with whom we entrust the timepieces that mark, celebrate and connect the most important moments of our lives.
Meet Chris Amen, our CW21 Certified Watchmaker specializing in the restoration and repair of Rolex for over 40 years.
Chris trained at Gem City College in Quincy, IL and in his early career designed and crafted fine jewelry. One day, through a chance meeting while waiting in line to have a battery changed, he met a Swiss gentleman who would transform his life. 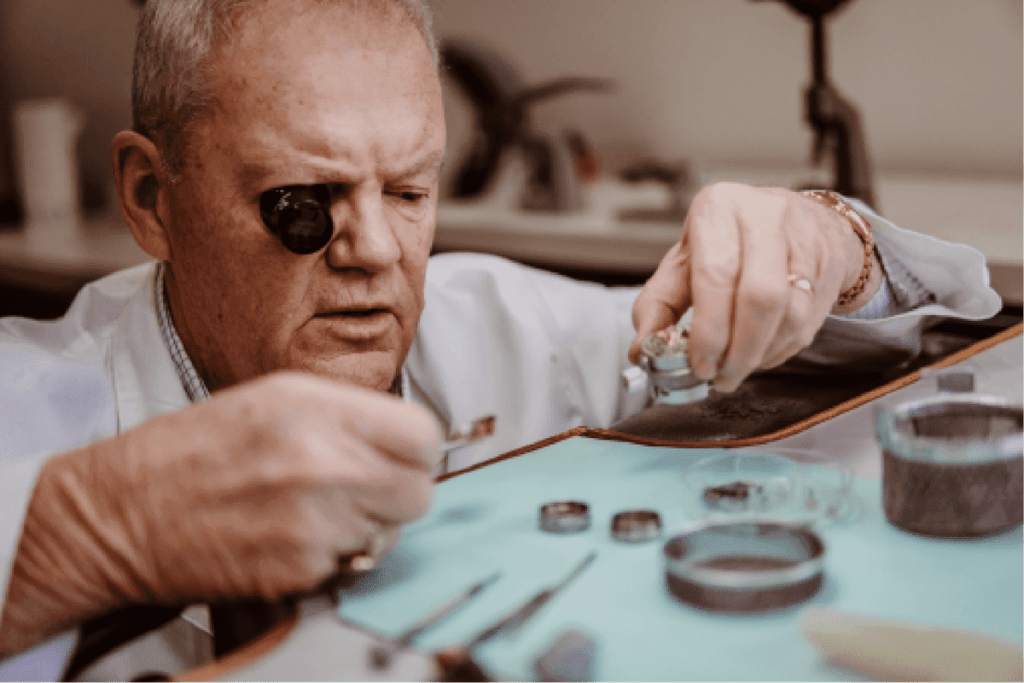 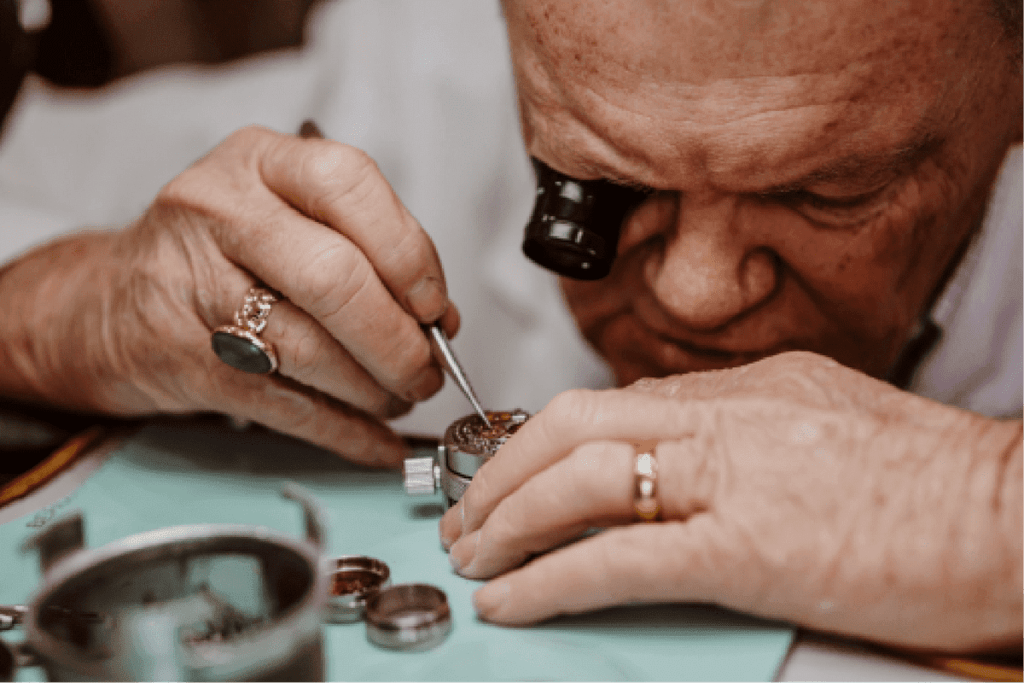 “In the 70s and 80s, watchmaking was a dying trade. Quartz watches were all the rage,” recounts Chris. “One day, I was in line to replace a battery when the gentleman in front of me asked if I knew anything about mechanical watches! That man was Heinz Lueunberger, the Technical Advisor for Rolex North America.”
One week later, Chris moved to Dallas and spent a long and rigorous year under the tutelage of Lueunberger studying and learning the exacting mechanics of one of the world’s best keepers of time. Never willing to compromise the company’s superior standards, Lueunberger would often critique Chris’s work, reminding him to go back and “do it the right way – the Rolex way”
After completing his apprenticeship, Chris worked for Rolex as one of their watchmakers in the Dallas Service Center. He continued his studies and became an accredited CW21 Watchmaker, of which there are fewer than 400 in the country. For the next three decades, his days and weeks were filled meticulously restoring and repairing Rolex watches back to like-new condition. Over the years, Chris has earned a reputation for his skill and his thoughtful handling of the Rolex watches that tell the story of the most important moments of our lives.
Still, there are those for whom time’s intangible power is their life’s work. They are the professional craftsmen with whom we entrust the timepieces that mark, celebrate and connect the most important moments of our lives.
Meet Chris Amen, our CW21 Certified Watchmaker specializing in the restoration and repair of Rolex for over 40 years.
Chris trained at Gem City College in Quincy, IL and in his early career designed and crafted fine jewelry. One day, through a chance meeting while waiting in line to have a battery changed, he met a Swiss gentleman who would transform his life. 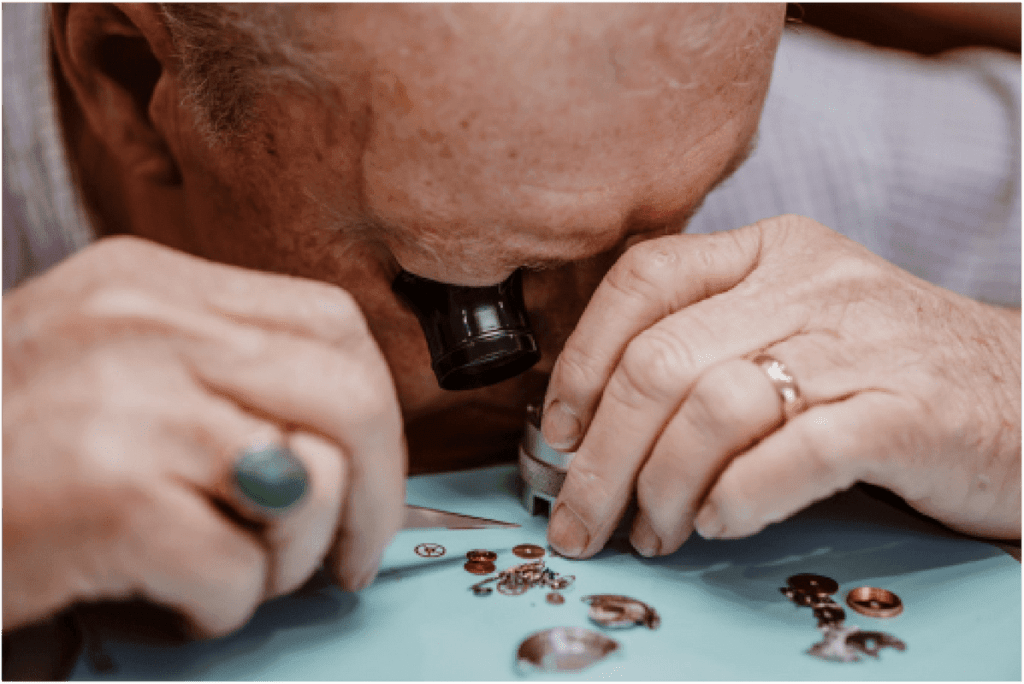 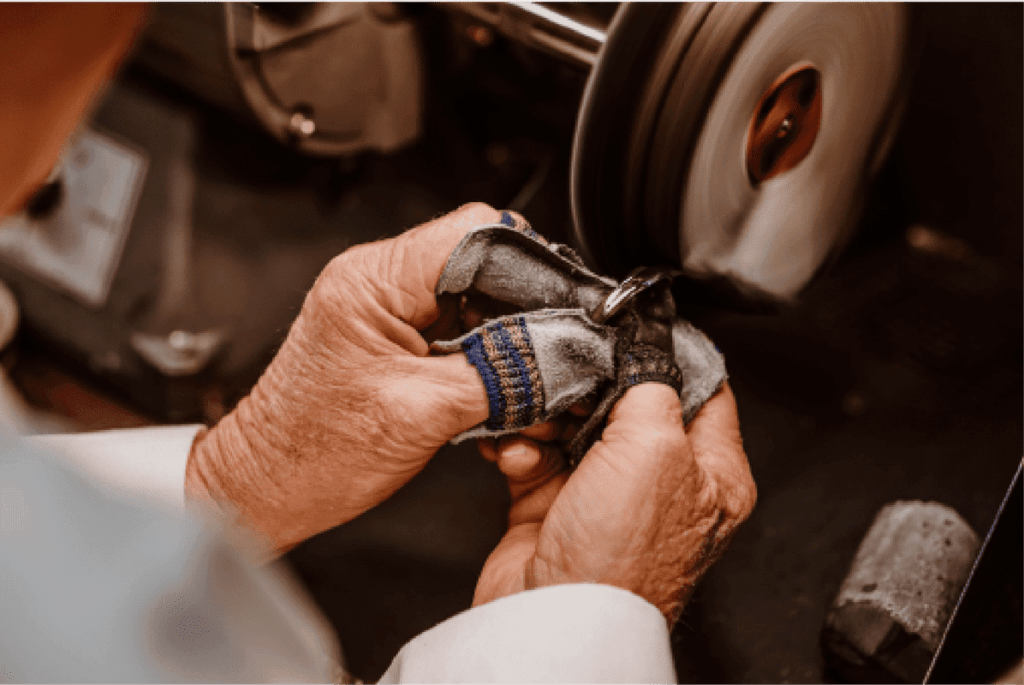 “Years ago a Tennessee senator’s home caught fire,” he recalls. “He and his wife had matching gold Rolex Presidential watches that were engraved and very meaningful to them. They were found with the crystals and dials melted down. They were black on the inside. But, through a careful chemical process and by replacing many of the parts, I was able to restore the watches for them. They were very thankful.”
These days have made us acutely aware of life’s beauty and frailty and we find ourselves drawn to reminders of simpler and more familiar moments. Intuitively, we see the relevance of possessions and heirlooms that tell our stories — and so often those are also the pieces that tell time. We are dependent on them to be unbiased arbiters of the passage of time, as we struggle to wrap our minds around its new meaning.
We at WatchRepair.net are proud to have a CW21 Certified Watchmaker as passionate and accomplished as Chris Amen. Master Watchmakers like Chris possess a rare talent that today is more relevant than ever. As we yearn for a return to the days of stability and predictability, we look to those who have dug through the ashes to repair and restore our ability to take comfort in time.
We are also grateful that the circumstances surrounding COVID-19 haven’t affected our ability to serve you during this time. Our unique online business model affords us the opportunity to continue to provide the best service in the industry when all other factory service centers are closed for at least another month. Chris, and the entire WatchRepair.net team work remotely, are safe, healthy and available during regular business hours.
Order your free Pelican
Watch Repair Pack today
Absolutely the safest and most
secure way to ship in your valuable
watch for repair & service!
ORDER WATCH REPAIR PACK NOW 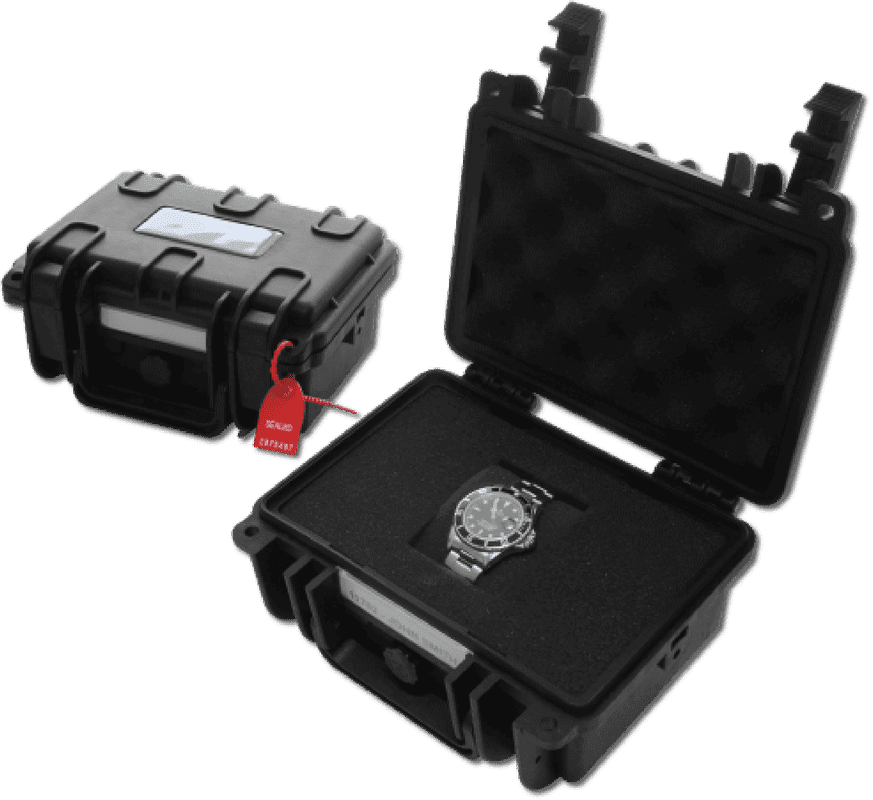 Absolutely the safest and most secure way to ship in your valuable watch for repair & service!
ORDER WATCH REPAIR PACK NOW 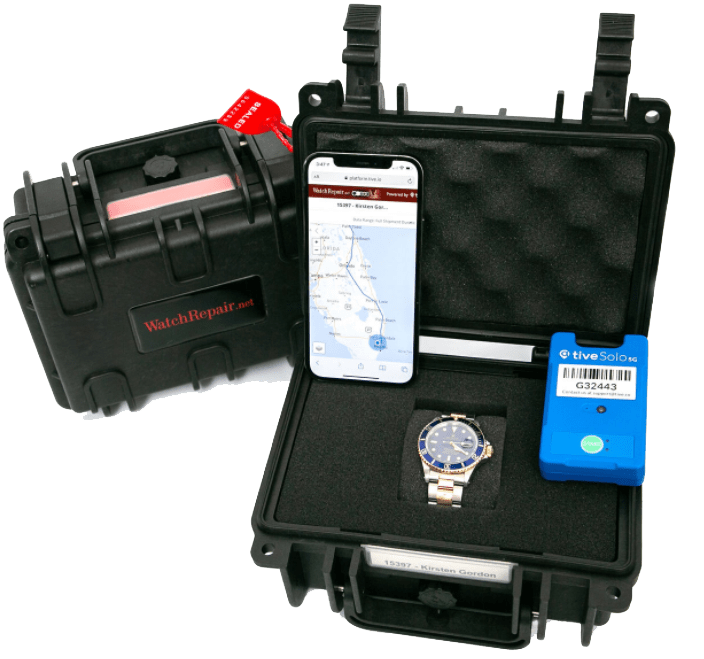